skip to main | skip to sidebar

There's a lot to talk about at our November 15th meeting at the Panera Caf, Golden Gate Plaza Mayfield Heights -

At the upcoming meeting we will talk about looking for new or additional organizers for the northeast Ohio Dennis Prager discussion group. We have the West side, the East side and the South side and these folks might prefer new meeting locations.

The group could also probably benefit from fresh leadership - no change in Dennis Prager, of course! - but to market the meet-up concept, make the meetings more accessible to more people. We don't think the group could be more 'friendly' so it's just some logistical and marketing ideas that we're looking for.

Dennis has a new "meet-up" coordinator, Larry, who has taken over for Roy. We have contacted Larry for any suggestions he might have and we will, no doubt, hear something soon.

We will be meeting on Sunday at 2 p.m. on October 11, at the Tiedeman Road Panera Bread cafe. 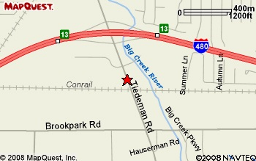 Hope to see everyone there!

Posted by PragerGroupNEO at 12:01 PM No comments:

Will it make a difference going to Washington D.C. on 9\12?

I'm not kidding myself that taking a bus to Washington D.C. will be a joy ride. I know it won't be a walk in the park. I've been trying to get myself in shape for the walk to the White House; my feet still hurt when I walk too far and my left hip still gives me some problems.

This is not going to be an easy venture by any stretch but I believe it's important to show my commitment to the cause of restoring the U.S. Constitution as the #1 set of rules for the United States.

I want to be one of the many who will stand in front of the White House or on the Mall, if for no other reason than to demonstrate that my will is strong even if my body isn't.

This time in my history is critical: Barack Obama has turned out to be the icing on the cake that the Left has baked and is serving to the populace.

It is urgent that I be there: Obama is the precious jewel in Left's crown of thorns that it wants Americans to wear as we all kneel at the feet of the statues of Lenin and Mao, and, oh, let's not forget Chavez.

Our glorious and well-designed republic is in terrible danger and I cannot stay at home while supporters of Socialism and Communism are laughing at our foolish naivete.

What Communists? Where? Socialists in the White House? That's ridiculous!

I could never forgive myself if I didn't stand up for my country in her desperate hour of need, or for all those real Americans who have fought and are fighting today to preserve our liberties, our Constitution - the Rule of Law.

I understand the lure of political power, to be lauded and adored and trusted by the sleepy masses, and how easy it must be to lie and cheat and steal from those who believe them. The Powerful believe there's a sucker born every minute, and millions of their constituents are fawning over themselves and proving them right.

What disappoints me the most is the vaunted 4th Estate where the writers, the journalists, the newspapers and periodicals are dipping their pens in poison ink, willing to sacrifice the golden geese who spend money on subscriptions to their propaganda. How easily the Media has given up its authority and its power to do good just for the privilege of getting to ask the first question during a presidential press conference or be granted an interview with the President of Iran.

No anti-American will ever understand what this country means to me or the millions of people who are not lucky enough to be born here but who daily kill themselves trying to get here. I told someone the other day that the only place where I was surrounded by people who looked like me was in my own house; outside, on the streets of my childhood everyone looked and sounded quite different. It wasn't a big deal, it was just how America looked then and now.

No ingrate will ever understand what magnificent opportunities they have wasted, or what important people they can become in land that appreciates how the efforts of anyone willing to work. They are truly the brave who toil for their families and their country.

No terrorist will undermine the will of a true believer, one who is grateful to God for the gift of liberty.

It's not going to be an easy trip to Washington D. C. this weekend, but as I have told you before, being an American is the best job I'll ever have, and who knows what difference an old woman will make.

I am happily different now and I need to repay the gift.
Posted by The Elvis Chronicles at 4:22 PM No comments:

"Patriot Day" is a bad holiday

The United States has somehow found itself divided on the subject of how to commemorate the murders of 9/11/2001. I will continue to remember the day in a sombre way, with no celebration of patriotism - my own or anyone else's - nor will I step out and do more for my country or my fellow Americans than I do the rest of the year.

I will continue to reflect on the evil intentions of those who tried to, and those who still wish to kill Americans. That's how patriotic I intend to be.
Posted by The Elvis Chronicles at 1:26 PM No comments:

Time's up! Vacation is over

We all thought we were busy last Spring, this past Summer, and now it seems there's not enough time in the day to do your laundry let alone read everything that comes across email - and to make matters worse, we have three more events to cram into your weekend:


1) Thousands of Christian churches across the nation are showing Joel Rosenberg's film "Inside the Revolution" and there are several churches in the Cleveland area showing the film. The Church of the Advent in Westlake is one; on 9-11-09 from 7 to 9 pm.

If you are interested in this event, please check the church names/locations below, and apparently the Church of the Advent, in Westlake should also be on this list.

2) The Dennis Prager Discussion Group NEO has its first meeting of the Fall on Sunday, September 13 at 2 pm, at the Panera Bread store in North Olmsted, Great Northern shopping Center. We have lots to talk about so we hope to see you there.

Posted by PragerGroupNEO at 10:53 AM No comments:

Attendance has been down the last couple of months and people are taking trips and, in general, need a little break from meetings.

So, unless you have a hankering to meet with fellow Pragerites, we'll cancel meetings for June, July and August and see you in September.

Any of you wishing to meet, let me know and we can pull something together.

Thanks to everyone who has made the Dennis Prager Group NEO the place to be every 2nd Sunday at 2 pm.

Have a great Summer!
Dianne
diannemueller@yahoo.com
Posted by PragerGroupNEO at 6:20 PM No comments:

Prager Group meeting takes a back seat to Mother's Day

I'm sure Dennis would agree that Mother's Day is pretty important and would also probably agree that we should postpone our next group meeting to the following Sunday, May 17 at 2 p.m. at the Panera's at 5090 Tiedeman Rd.

Mothers, enjoy your day. And, Children, hopefully you can enjoy time with your mothers.

But if one, or neither, is possible it's still a special day worth celebrating in some way.

Perhaps we can share "mom" stories at our next meeting.

See you on the 17th.
Posted by PragerGroupNEO at 6:30 PM No comments: 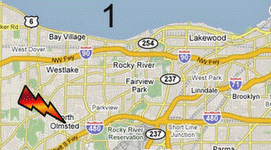 Where we are - Northeast Ohio